"To lead as a HR professional, you must play a strategic role and have a growth mindset", says Amanda Macdonald, a role model for Millennial professionals and HR partner at AVG Technologies

In contrast with most of the women we have interviewed, Amanda MacDonald 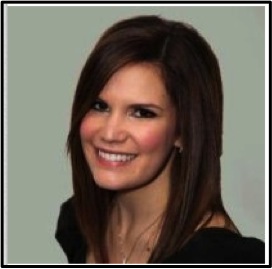 is at the beginning of her career as a manager and emerging leader. Consequently she brings us a fresh perspective on what it means to be a woman leader. Less than a decade into her career as an HR generalist Amanda recently joined AVG Technologies, her “goldilocks size” company in her first big “stretch” role.

AVG is not as big as her first employer, Alcatel-Lucent (78,000 employees worldwide) nor is it as small as her second employer, Kinaxis (200 employees), it is just the right mix of big and small.

Amanda is the HR partner for AVG’s Managed Workplace products at their Ontario, Canada location. As the sole HR person she supports the local top management team and is, in turn, supported by corporate HR. She is the youngest and the only woman who has a “seat at the table” when unit level decisions are made. Neither her age nor her gender precludes her from being heard.

Amanda gets listened to, in part, because she knows her stuff! Although Alcatel-Lucent ultimately proved too big to be satisfying for the long term (being five levels from policy makers eventually chafed) it gave Amanda her initial “break” into the field she had targeted as an undergraduate International Business major at the highly selective Carleton University. Like many recent college graduates Amanda’s job search proved frustrating. When a family friend offered to sponsor her, to provide her the opportunity to join Alcatel-Lucent on a contract basis she took a big gulp (it was not the “ideal permanent” job) and accepted it, vowing to prove herself. Amanda repeatedly mastered a myriad of HR subjects and repeatedly asked for more. Within four months she transitioned from a contract to a “real” employee; clearly this inquisitive, hardworking young woman had demonstrated her value!

Amanda’s next position was at Kinaxis, where she continued to develop her HR generalist knowledge skills and abilities. Initially the small size was refreshing. Rather than 5 levels between her role and the decision makers Amanda’s manager was the only other HR professional. However Amanda came to see that HR was not viewed as a strategic partner, did not have a seat at the decision making table. Amanda yearned for a more strategic role.

As she was contemplating her next move a recruiter contacted her regarding the AVG position. The job fit many of her “ideal” characteristics. It was a new role in the organization. It was in technology. The organization was big enough but not too big. It was a decision making role (the only HR staff in the Ontario office). It had the support and backing of corporate HR. Having a mentor was one of the very few boxes that she could not “check off.” The interview went well but Amanda decided to withdraw her name from consideration. She felt that they needed someone more seasoned, with more experience as an HR professional. When Amanda called the recruiter with this observation she was stunned to learn that she, Amanda, was the only candidate that AVG wanted to pursue to the next round. Despite her cautious nature and despite her fears that this was a big step when they offered her the position she accepted.

Amanda is responsible for the all HR functions for the Ontario office. She has HR support from corporate and she has earned the respect of the (all male at the time of this interview) Ontario top management team. She has a seat at the table. Amanda gets listened to, not only because she knows her stuff, but perhaps more importantly because she takes the time to build relationships, in part by asking lots of questions. Asking question serves Amanda in many ways. Amanda likes to gather data and carefully consider options. Asking questions is one way to gather data. Asking questions and carefully listening to both the answers and to the underlying issues also lets Amanda demonstrate that the other person’s concerns are important to her. She is aware that being in a staff role, she must have the full support of line managers in order to be effective and truly be a strategic partner.

I asked Amanda to consider women’s progress as leaders and managers from the perspective of her generation. Amanda observed that there doesn’t seem to be discrimination against women. Yet in the same breath she acknowledged that in a past HR VP search the only candidates were men, despite the fact that women dominate the lower levels of HR. Reflecting upon how disappointing this was to her she wondered if, "as more women gain confidence in their own abilities and become increasingly comfortable advocating for what they want” the tide will turn.

As she gains experience Amanda has gained confidence in her own abilities. She now feels more comfortable putting herself out in front. This has not always been the case, she ruefully acknowledges that others often see her potential and her abilities long before she does. To illustrate how far she has come Amanda recounted how she used to be afraid to pick up the phone and order a pizza. One would never guess this, talking with the poised, articulate and knowledgeable professional that Amanda has evolved into!

2. Amanda’s current employer AVG Technologies is a client of PAKRA.

"Jump into it and then figure it out", says Gita Muralidharan, BPO and Learning Executive, a consummate learner and risk-taker (NotZero)