When you have the trifecta (fabulous boss/leader, satisfying/challenging work, amazing team/colleagues) getting up and going to work can be a joy. Every morning you are energized and ready to tackle the next challenge. You feel all cylinders firing. Sure there are aggravations and roadblocks but you deal with them.  What an awesome feeling. 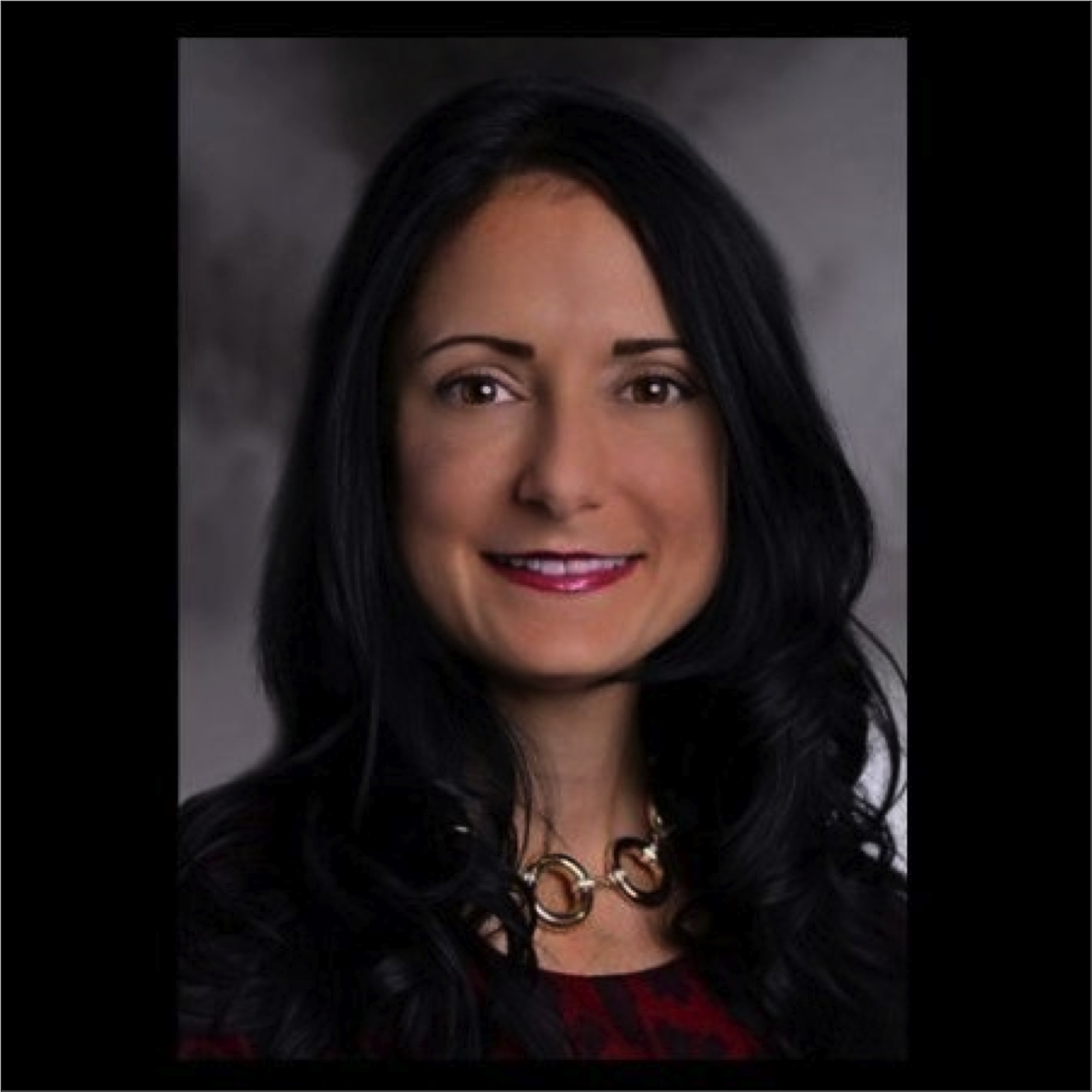 So what do you do when “the best leader you have ever worked with” announces her retirement and your team will be dismantled and assigned to several divisions? Nora Hendrycks made her riskiest career move ever. She hit the “pause button” and she left American Express, her corporate “home” of nearly 20 years.

Nora’s mother was a nurse. She loved what she did, she loved helping people. And she “got everything done” at home and for her family. With such a role model, the challenge for Nora would be to find a job that she loved.

But alas, in the 1990s's when Nora graduated from college, like so many others, she “just stumbled into” her first job. It wasn’t a strategic decision. It wasn’t part of a grand plan. It wasn’t her “dream job.” It was a job that allowed her to pay the bills and she hoped would provide a learning experience.

Portland was a new city for the California native. Portland wasn’t yet “hip” but it was relatively close to her Bay Area roots and it was affordable. The job at the small private label secured credit card provider wasn’t glamorous but it was a step up in financial services.

Subsequent to joining American Expresses’ management training program Nora ‘s career traversed functions, business units and continents for nearly 20 years. Her AMEX career began in credit operations, where she was able to leverage her prior experience and combine it with her inquisitive nature and desire for continual improvement.

Understanding the front line functions of call centers and servicing operations proved invaluable as Nora’s career progressed. Moving to risk management Nora was able to help technical experts understand how ideas that “looked good on paper” might or might not work. Ever cognizant of the realities of operations she was vigilant in ensuring that innovations enhanced rather than disrupted customer experiences.

Continuing her rise in the risk management arena, Nora remained a generalist, a “utility player” in a function dominated by technical experts. Nonetheless her ability to understand complex concepts and translate them to workable solutions proved invaluable.

Working in international risk management also helped Nora develop a whole new skills set. What an opportunity to actually put the degree in International Business to use!  She was able to “play” internationally while being based in Phoenix.  In addition to extensive travel Nora became adept at managing and motivating “virtual teams” scattered throughout the world. It wasn’t easy to create this sense of teamwork in the days before Skype and video conferencing.

Nora noted that one of her biggest “takeaways” was that people are more alike than different. A call center in Kuala Lumpur was not dramatically different than a call center in Phoenix. The signs on the wall might be in a different language but the essence of the work was the same as was the challenge of developing and motivating staff.

Her work in risk management provided Nora with the scintillating offer to work in London. While the fact that AMEX is a global organization had “always been in the back of (her) head” Nora had not “strategically positioned herself” for an overseas assignment. It was the serendipitous outcome of international risk management being located in the Phoenix office, not New York headquarters!

The move to London was a stretch assignment and Nora noted “I have an appetite to take on stretch assignments.” Not only does Nora have this appetite but the organization encouraged such assignments. The developmental aspects were celebrated and actively acknowledged. “People have your back. They give you the latitude to learn something new.” However, in some ways Nora’s work in London was very similar to her work in the US.  She was focused on delivering solutions to customers as seamlessly as possible. Technology was rapidly evolving but this predated interactive websites and mobile apps.

As a generalist in a world of specialists Nora sometimes “felt like a square peg in a round hole.” Nonetheless Nora’s leadership skills and her indefatigable desire to make things better proved, once again, invaluable. After three years in her role in London, Nora began searching “for the next thing.”

A former manager alerted her to the fact the chief of staff for AMEX’s Chief Risk Officer was rotating out of the position. He dryly noted “it would be the perfect role for you, herding cats.” Nora observed he “helped me connect the dots and get in front of the right people.” While the term was not yet in vogue I think it is fair to say that this manager performed as Nora’s sponsor, actively assisting Nora’s career.

Nora’s move from London to the New York headquarters was a move from a tactical to a strategic focus. The complexity and magnitude of the organization and the longer-term nature of decisions was immediately apparent. Another stretch assignment. Nora was no longer in a silo but now had the vantage point of the entire organization. Her background in project management proved very useful. As chief of staff Nora “owned nothing but owned everything.” She had to influence others to achieve goals without having formal authority.

As Nora neared the three-year mark for this role she worried “how would I ever find another role that was so strategic, so challenging? I was afraid I would be disappointed.” About this time there was a sense that the, what would become the full-blown financial crisis, was brewing. Nora was invited to stay in her role beyond the customary three years. The upheaval in the economy and restructuring at AMEX became an outstanding learning opportunity for Nora.

After the dust settled, after Nora (and AMEX) learned to navigate the more intensively regulated world of financial services, after stability allowed for renewed growth, Nora was ready for her next stretch role. She knew that it would have to be enterprise wide in scope, no more silos.  She knew it would have to involve leadership, helping others become their best had become her passion.

From 2009 through 2015 Nora held two positions that hit that sweet spot. The roles leveraged her knowledge and skills while giving her room to grow and stretch. They had an enterprise level perspective. They allowed her to hire a team of passionate individuals with potential and develop them into the “team that everyone wanted to work on.”

And, to top it off, for her last two years Nora worked for the best leader ever. This manager, her first female manager in a strategic role, was also the most collaborative person Nora had ever known.She sought input and truly listened to it. “Help me understand” was a frequently heard question. She was open to navigating in a new direction if that was what the situation demanded. She challenged Nora, and all of those around her, to be the best that they could be. And then, when she felt that her mission had been accomplished, she announced her retirement.

After more than two decades of “taking a job, and doing your best and seeing where it went” Nora was ready for a change. Nora decided “that for the first time ever, I wanted to be the one who decides what's next, what I do for me.” Despite a generous severance package it was the hardest career choice she had ever made.

As of this writing “what's next” is still not definite. Nora is exploring options. One of the more unorthodox options is opening an exercise studio! The studio would, Nora observed, despite the apparent incongruity superbly leverage her talents. She likes the challenge of the task and she likes the development component. While it is not a certainty, she has written a business plan and is becoming a certified instructor. To be continued…

2. Since this interview, Nora has firmed up her business plans to open an exercise studio in fourth quarter in 2016. She also Paypal as the Head of Compliance of Program Management.

3. Nora’s past employer American Express is a client of PAKRA.

Process Cycle Time Metrics such as Sales Cycle, Handle Time and Time to resolve issues are Operational KPIs that matter most

Can you measure the ability to de-escalate? De-escalation is a required skill for sales and customer service reps