Dr. Sherry Peck is an Associate Professor in Capital University’s School of Management and Leadership. She is helping PAKRA learn the perspectives women in leadership roles.
Font size: + –
Print
Bookmark |

Like so many women I have interviewed, Linda Richardson never intended to have a business career. 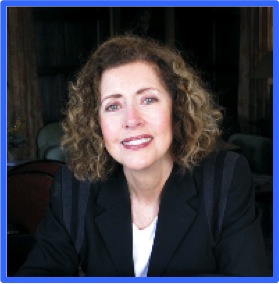 She did not plan on starting a sales performance company (Richardson) that has been named a Top 20 Sales Training company for six consecutive years.

She did not plan on starting a company that would have a global presence.

She did not plan on selling that company.

But, for Linda, like many of us, life does not go as planned!

An English major and an avid reader, Linda pursued a graduate degree in educational psychology. Soon thereafter Linda serendipitously found herself hired at the Institute for Emotive Therapy’s (now known as the Albert Ellis Institute) school. I say serendipitously because working there was one of the turning points in her career. While teaching there Linda regularly observed world renowned psychologist Albert Ellis’s clinical sessions. His masterful questioning of clients had a profound impact on Linda’s way of thinking and eventually lay the foundation for her concept of consultative selling.

In 1975 New York City hovered on the brink of bankruptcy. All teachers who had not earned tenure were let go. Linda, who was an untenured principal, was among them. It was a discouraging time for Linda and the city. Jobs were difficult to find and Linda was having no luck in securing another education position. A friend arranged for her to interview with Manufacturers Hanover (which became Chemical Bank and eventually part of JP Morgan Chase). Linda was reluctant to go,(“I know nothing about business” she told her interviewer) but lacking a viable alternative she went on the interview and was hired to head up the bank’s training.

Banking was just becoming competitive (deregulation opened opportunities and changed the landscape) and banks were actually competing for customers. Linda was charged with “finding a sales training program” for the bankers. Much to her chagrin they were all not relevant to the bankers sales situations and had examples like “selling tractors and things.” Linda was convinced that she could develop a better product and the first thing she had to do was sell her boss on the idea. Having sold her boss on the idea she partnered with the trust department which needed this “new” skill set. Relying on her experience as a teacher and using her observations of Ellis’ clinical questioning, Linda changed selling which to that point was product focused.

The consultative approach she introduced make customer needs the core of the sale. She developed (and delivered) a customized sales training program that significantly changed the bankers’ behaviors and had them all “selling and cross selling like crazy.” Soon other departments were in line for the training. Once again, fate altered Linda’s trajectory. Her husband, Dr. Paul Richardson, whom Linda described as an extraordinarily supportive partner who made Richardson possible, had an opportunity to practice medicine in Philadelphia, her home town. Without a moment’s hesitation, Linda determined that she would open a consulting firm, headquartered in Philadelphia, focused on customized sales training. With Manufacturers Hanover as her first client (and a promise not to sell to the other New York banks for the first year) Linda launched Richardson!

Linda observed that she“had been blessed to have entrepreneurship in her genes.”

Both her grandfathers had been entrepreneurs. Her mother, while not an entrepreneur, had been fearless; “she didn’t know the word no” according to Linda. However, founding Richardson was not the first time that Linda’s “genetic predisposition” manifested itself. In college Linda had begun two successful ventures; she made (and sold) both decoupage purses and organic cosmetics.

College was also Linda’s introduction to strong, successful women in the workplace. While studying English in college, Linda worked for Justice Juanita Kidd Stout. Stout was the first African American woman appointed to ANY judgeship in ANY state and the first African American woman to serve on ANY State Supreme (Pennsylvania) Court. Recognizing Linda’s fierce will and keen intelligence, Judge Kidd Stout encouraged Linda to consider a legal career but Linda was determined to teach English and to write. During our conversation Linda mused about how her path might have developed had she pursued a legal career.

Reflecting on her career Linda commented that while not everyone realizes it teaching and selling are very closely aligned. “Good sales people teach their clients” and good teachers sell to their students. Understanding the students’/clients’ needs is critical and working collaboratively is key. Accomplishing this requires thoughtful questioning and listening, a skill Linda first honed under Dr. Ellis’s tutelage. Later she shared these skills by writing 12 books (including a New York Times best seller) and serving as an adjunct faculty member at the Wharton School; sharing her understanding of the relationship nature of selling.

Part of understanding the relationship requires understanding the culture of the organization/industry you are working with (or hoping to sell to). Linda laughed at herself recalling a rare faux pas when, early in her career she arrived at a meeting for a West Coast (potential) customer in her “New York power suit.” Quickly assessing the situation she went shopping for more casual, more colorful clothing that “worked” for this culture. Similarly, she wryly joked that she landed a lucrative training contract with Vogue Magazine because she was wearing Oliver People’s glasses. In both cases the clothing, which may seem trivial, symbolized what the organization could relate to and identify with.

Given her emphasis on relationships and questioning I asked Linda if perhaps women were better at sales than men. She noted that sales ability is bestowed equally on women and men. Given social norms it is not surprising that historically women were better at discerning the clients’ needs and males were better at closing the sale. However, she believes that this dichotomy has diminished over time. Additionally, while early in her career most of the students (both at Wharton and at the corporations that Richardson served) were male currently the ranks of sales people and students are roughly equal.

When I asked Linda what her next adventure involved she seemed momentarily caught off guard. She demurred that her husband, not she, had been the adventurous one. I beg to differ! It takes an explorer’s spirit to do what has not been done before. Throughout her career Linda has demonstrated this spirit. She bridged the chasm between education and business. She developed customized training programs for bankers who never considered themselves to be in sales. She founded a company that trains people in over fifty countries and across all industries and levels in the sales organization. If that isn’t adventurous I don’t know what is!

How can we increase user adoption of CRMs and Social Apps by learning from Viking Stoves?