"Promote a culture of nimbleness and you will find fulfilling careers and high productivity", says Kris Merz, CIO of The Limited and consummate technology-enabler (Not Zero)

Unwilling to accept “it can’t be done” as the answer, Kris Merz enrolled in an introduction to computing course at DeVry to understand how it could be done. 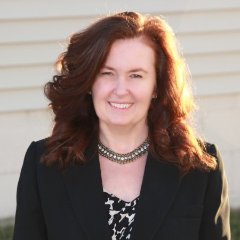 She was confident that the computer that spewed out the names and addresses that she then typed onto 5000 envelopes could produce address labels. That was more than 30 years ago. A great deal about the world has changed in the intervening decades; Kris’ curiosity and delight in solving challenging puzzles has not! Today Kris is Chief Information Officer at The Limited.

Her attraction to challenge is one of the hallmarks of Kris’ career/life. She was heartbroken to leave Mac Tools, her first IT “home” but when it became apparent that the parent organization would not be investing in IT (hardware, software or human resources) she felt compelled to find an organization that was moving forward. Victoria’s Secret not only provided that organization, but their CIO became Kris’ mentor and her model for what every CIO should strive to attain.

Victoria Secret’s CIO had a great relationship with the CEO and the IT strategy was aligned with the business strategy. Investments in IT helped propel the organization forward. Kris learned and developed as a manager as well as an IT professional. She honed the crucial skill of truly listening to internal clients/customers in order to craft the best solution, not necessarily the best technical solution but the best business solution.

When IT became centralized, leaving Kris in the division with a promotion and with a direct link to senior management but without the resources to develop or deliver the appropriate solutions she became frustrated. “(She) was used to being able to do the big projects that directly impacted the business.” The information technology unit went from a world-class technology group to one that had minimal autonomy and limited resources. What had been a “dream job” quickly became a powerless one.

Not that Kris wanted power for power’s sake. It was the ability to tackle complex challenges that propelled Kris forward. Her next move brought her to Retail Ventures, parent company (at the time) of Value City Department Stores, DSW and Filenes. You can almost hear the glee in her voice as she describes how much fun it was to develop and implement a road map to successfully upgrade ALL of Value City’s systems in under two years while continuing to put into production other projects for DSW and Filenes! She “really enjoyed” crafting a strategy that minimized business risk while upgrading all software applications. It probably goes without saying, but Kris said to me “I tend to gravitate to places that are challenges!”

It should be unsurprising that when Kris was recruited by Express, which had just been spun off to a private-equity firm, to develop an IT infrastructure from scratch, she jumped at the chance. “That’s something I hadn’t done yet” was her observation, and unlike some more risk-averse people, that novelty was the appeal of the role! Once again she jumped in to tackle a big, complicated and messy job.

Kris attributes her upbringing, in part, to her enjoyment of a good challenge. She was a “military brat” and spent most of her teenaged years living in small towns in Germany. Doing new things in new ways is second nature to Kris. However Kris understands that what she enjoys is not necessarily what someone else enjoys. She is the rare IT person who values “putting yourself in the other person’s shoes” very highly.

She may be wired that way but Kris had also been mentored to retain that perspective. Her role model CIO at Victoria’s Secret encouraged her to “never enter a meeting with the solution” but to carefully listen to the client’s perspective. He pointed out that this had two significant benefits; first it ensured that people felt “heard, listened to” and second it left the door open to more creative solutions, solutions that might not have emerged at the outset.

Kris believes that she has benefitted tremendously from outstanding mentoring and sponsorship. She is grateful that others “opened the door for” her and provided her with their perspective. For the past seven years or so Kris has very consciously worked on doing likewise for the women and men who work for her. She endeavors to help them go where they want to go (even if it’s not where Kris would like them to go). She provides them the opportunity to present to and interact with senior management. She wants her team to know and be known by the business leaders.

This is entirely consistent with her management philosophy. Kris sees her job as “here for the team. They can go wherever they want. My job is to get them to want to stay and work with me!” Kris currently is aided in achieving this goal by The Limited’s corporate culture. She says the collaborative nature of the organization, with minimal “walls” politics or bureaucracy and an abundance of openness and nimbleness was what lured her away from consulting. “I fell in love with the culture” upon arrival.

Kris was recruited to be interim CIO by Linda Heasley outgoing CEO. Soon thereafter she was appointed to CIO by new CEO Diane Ellis. I mention these women specifically because I asked Kris if the collaborative culture was a function of female CEO’s. Kris noted that “Diane doesn’t have an ego…it’s all about what’s best for the company, best for the people. I don’t know if this is a female trait or just her. I haven’t seen this as much in male CEO’s.”

I don’t know of data supporting my hypothesis that these women lead differently than most men. I do know that it epitomizes transformational leadership and it is exceeding rare. I also know that they have created a culture and an organization that attracts other smart, hard-working women leaders. This has to create a competitive advantage in the dynamic world of retail.