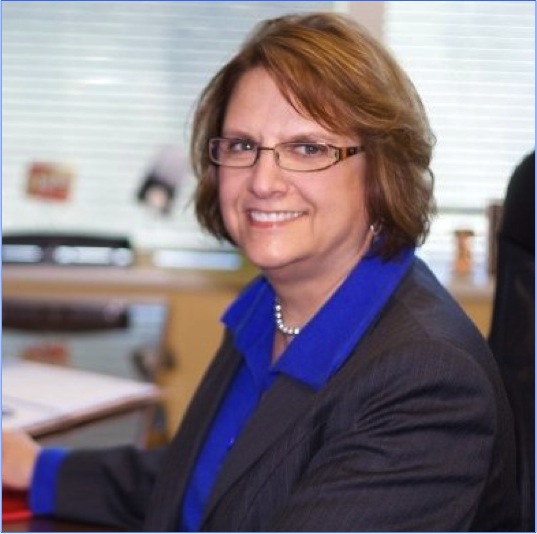 “The luckiest thing that happened to me is that I got into banking when banking was investing in people.”

Sharon Daniels cites the role of luck but there is no question that her drive and talent were the keys to her career success. One does not become CEO of a multinational consulting and coaching firm (operating in over 40 countries) simply through luck!

Like several other women we have profiled, Sharon intended to have a career as a teacher. However, when a teaching position didn’t materialize and a banking one did (she had worked part-time and summer-times as a bank-teller) she jumped at the opportunity.

At the bank Sharon benefitted from both formal and informal training and development. Mentoring was not something that was accidental or by happenstance. Individuals were assigned to mentors to hone specific skills. This deliberate approach of having “this person as your mentor to learn these (specific) things” helped Sharon grow into the role of manager.

She recounted the extensive role-playing that a mentor engaged her in to prepare her for the first time that she would have to deliver negative feedback to a “woman who was my mother’s age.” Other managers became her mentor as her career progressed. And of course Sharon began mentoring others.

Sharon believes that most people don’t sufficiently leverage a mentor/mentee relationship; regardless of whether it is an “assigned” or self-selected relationship.

She passionately believes that a “purposeful, thoughtful and organized” mentor/mentee relationship can yield enormous dividends.

“I’ve seen it done well where it’s much more than simply a chat when I have a question.”

Doing it well includes seeking feedback and being reflective on that feedback. Additionally, perhaps it is the banker in her, doing it well requires “having metrics for success; knowing when you are improving.”

While many people suggest that having a mentor who is also a sponsor is the ideal Sharon sees the benefit in separating these roles. As she astutely pointed out sometimes there is conflict in these roles. The person who is in a position to advocate for you, to sponsor you within the organization, may not be the best person to help you work on developmental tasks. Having a mentor that you can be totally candid with can be extraordinarily helpful. For this reason she sees the value in having multiple mentors, both within and outside your organization.

Thinking seriously and clearly about when to take the next step is another component of Sharon’s successful career. She had established a checklist to ensure that “I will know it is right if…” when she began in bank operations and continued throughout her career to establish metrics and checklists to ensure she was following a path. She even established a checklist of “life skills” that her kids should know how to do by the time they were 18!

Sharon never expected the path to be a straight line upwards. She described her career as one where there are many ladders leaning against a wall.

“With the right metrics you will know when it’s time to get off of one ladder and begin on another one.”

Sometimes this meant starting on a lower rung on the adjoining ladder but if this next ladder was taking her higher, closer to her goals, then that was fine.

This multiple ladder analogy, much like Sheryl Sandberg’s description of her career as a “jungle gym” is consistent with a “pack your own parachute” approach essential in today’s economic environment.

The bank’s commitment to and investment in human capital eventually led Sharon to a “ladder switch.” A “mentor noticed I liked developing people” and suggested I consider a senior leadership role in Human Resources. Sharon moved from operations to Training and Development where she could scale up her impact on employee development. While moving from operations to a staff function was, in some ways, risky it opened up new arenas for Sharon. She continued to both learn and grow and to help others do likewise.

After nearly two decades in banking Sharon jumped to another ladder; consulting and training. Sharon’s passionate and focused commitment to employee development continued to serve her well. She quickly rose from consultant to manager to leader. Her abilities were widely recognized and she was recruited to increasingly large and strategic roles. In each one Sharon stayed true to her beliefs that you need metrics to know how well you are (or are not) doing and you need to develop your people.

Eventually, Sharon became CEO of AchieveGlobal, helping the organization weather the stormy seas of the “great recession.” Not only has the organization survived but it is thriving and growing.

Recently Sharon left AchieveGlobal. This was a planned exit. Sharon told me “you should only be CEO for a season” and (as you probably guessed) she had achieved her metrics for what she wanted to achieve at AchieveGlobal. So what is next?

Sharon is taking some time to reflect about what her Act III will look like. She knows that it will leverage her knowledge, skills and abilities in coaching,, customer service, and leadership. It most likely will incorporate her passion for helping women. The three broad arenas that she is investigating include:

1. Helping women in African countries and other emerging economies benefit from trade to support themselves and their families.

2. Helping (both male and female) veterans who have served our country and could benefit from training, mentoring and coaching as they reintegrate into civilian society.

3. Helping the victims of human trafficking and the modern-day slave-trade establish independent and productive lives.

If you have read this far you can probably imagine that Sharon is not sitting in the shade sipping pinna coladas as she contemplates this next phase of her life. When I spoke with her she was preparing to leave on a mission trip to Haiti where she would be actively working to help rebuild the hurricane ravaged island.

While luck may have played a role in Sharon Daniel’s career it was only one small piece of the puzzle. I would argue that much more credit should go to her fierce resolve and her keen focus on both people and analytics.

"Jump into it and then figure it out", says Gita Muralidharan, BPO and Learning Executive, a consummate learner and risk-taker (NotZero)

“I want girls and young women to know that you CAN have your cake and eat it too", says Kathryne Reeves, a consummate consultant and an executive strategist (Notzero)